QuickSort is Fun, Sort Of

I am learning to work with algorithms. I am a little more interested in learning for the sake of mastery, rather than solving a specific problem. I am reading through TopCoder and also doing a little research on popular algorithm sites. QuickSort is supposedly the most consistently fast sorting algorithm. It averages better performance across tests when it is sorting a diverse set of unsorted lists.

QuickSort uses a conquer and divide strategy, which works very well for simple value lists: because the cost of comparing two values is small. This strategy is useful when attempting to settle as many comparisons as it can without repeating them. By comparing each number in a set and dividing the set into two sets, it is minimizing the number of times a number will be compared with the whole set. Discarding the pivot from further comparisons also increases the efficiency slightly. QuickSort is efficient because it is comparing each numbers to another number Log(N) times [Where N is the number of items in the list]. Comparing it to BubbleSort which compares each number N times. BubbleSort will require N*N comparisons per number, while QuickSort will require N * Log(N) comparison operations per number, and so we derive a Big O notation with an efficiency of O(N Log N) which is better than N squared. 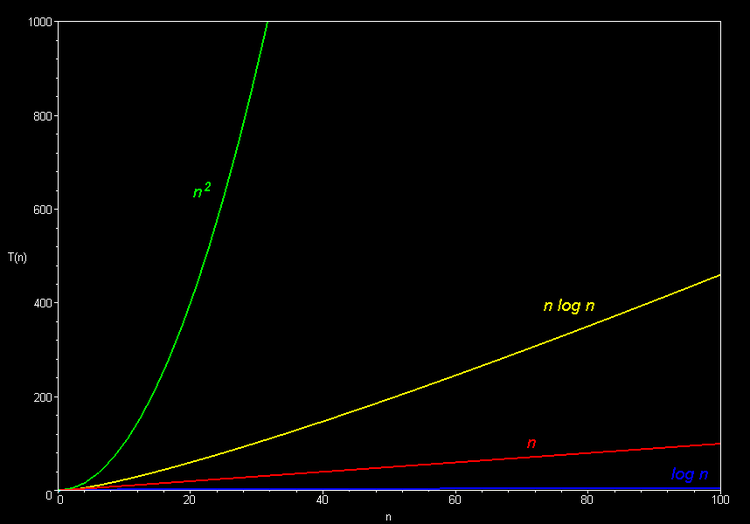 As the cost of comparing values increases, QuickSort becomes less efficient. The efficiency of QuickSort can be expressed as O(N * Log N), with N being the number of items to compare, but that does not consider the cost of comparison. QuickSort tackles a simple problem of (are a given set of values less than or greater than a chosen value).

QuickSort does not tackle the problem of putting values in order; but that problem is being solved as a corollary to the simpler problem of divide and conquer. If QuickSort continues to recursively do it's job, then it will effectively sort the values in the list into an ordered list.

Without Further Ado: Here is my QuickSort

Results of My Work Tonight

Here is a jsFiddle proving they all work in doing the sort.

In my testing, implementing my own QuickSort in Javascript is much slow than the native sort methods (which use the V8 engine directly). 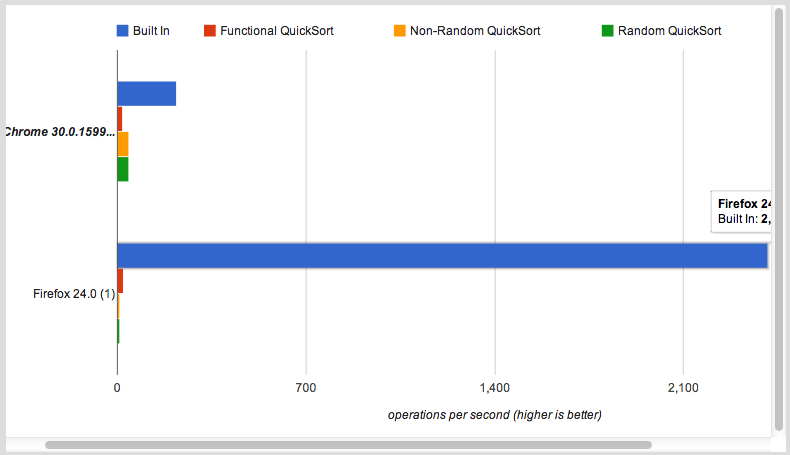 JANUARY 29, 2014 My Goal is to Make Changes Easier So, I started writing a fully HATEOAS web service…

OCTOBER 24, 2013 Covering every line is not the standard Getting to 100% Unit Test code coverage should not…